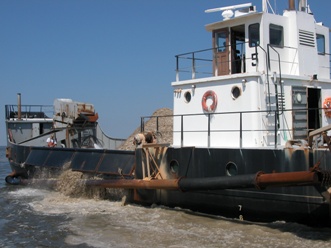 During the summer of 2005, the Delaware Bay Oyster Restoration Task Force initiated a large-scale oyster shell-planting and transplant program that, by 2011, had deposited almost 2.4 million bushels of shell onto existing oyster reefs. These “seed beds” are needed because oyster larvae require a clean, hard surface upon which they can attach, or “recruit.” This effort has yielded a substantial increase in survival among juveniles; this, despite a population decline in areas outside the seed beds.

The success of this project has earned it a 2008 Coastal America Partnership Award, a 2009 gold medal from the Federal Executive Board, and a 2008 Government Award from the Water Resources Association of the Delaware River Basin (PDF files).

The Partnership for the Delaware Estuary worked with other members of the Delaware Bay Oyster Restoration Task Force to raise $200,000 for shell planting in 2011. 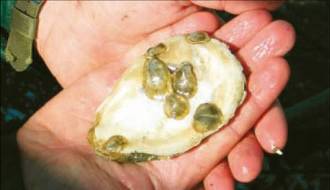 Once baby oysters, or “larvae,” have attached to clean shell, they can then be transplanted farther north in Delaware Bay. There they stand a better chance of reaching market size thanks to fewer predators. These activities are subsidized, in part, by landing taxes paid by harvesters in both states.