What to do with dog doo.

When pet waste is left on the ground, rain and snowmelt can wash it into storm drains or directly into waterways. This “stormwater runoff” can contaminate our sources of drinking water. Scientists at the U.S. Geological Survey estimate that animal waste is to blame for 20 to 30 percent of water pollution in America. Animal waste breeds harmful bacteria, promotes excessive plant growth, and causes algae blooms, which can kill fish and other animals.

Check out these other facts: 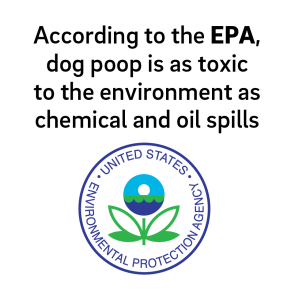 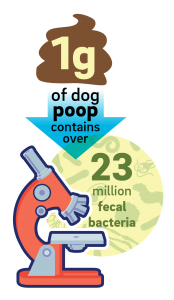 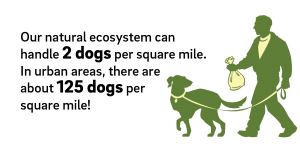 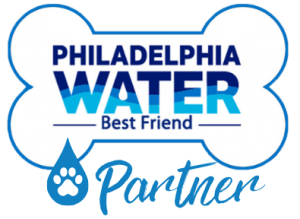 Together with the Philadelphia Water Department (PWD), we’re partnering with shelters, animal clinics, and dog rescues around the City of Philadelphia to provide dog owners with free dog waste bags! Each partner will also have educational materials to share with both new and existing pet owners.

Below is a list of our 2022 Philadelphia Water Department Best Friend partners:

The Humane Society of the United States, Pets for Life 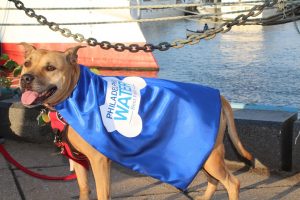 In 2019, PDE and the Philadelphia Water Department revamped the annual Spokesdog Competition in an effort to raise awareness about the impact dog waste can have on the environment. The competition returned with a social media campaign and special focus on shelter animals. Four local pups from Morris Animal Refuge were featured as contestants, and all found a new home by the end of the competition. Dolphina, a five-year-old Pitbull mix won the 2019 competition and went on to serve the city well for her reign as the PWD Spokesdog. 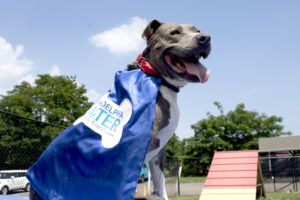 In 2021, the competition expanded to include dogs from Morris Animal Refuge, Pennsylvania SPCA, Philadelphia Animal Welfare Society (PAWS), and Philly ACCT. Lucy, a true underdog herself and a late addition to the competition from ACCT Philly, ended up pulling out the win for 2021. As current Spokesdog, Lucy has been hard at work educating Philadelphians about proper pet waste disposal, but she is ready to pass along the blue cape to another lucky pup.

This year’s Spokesdog Competition will again feature dogs from four shelters: Morris Animal Refuge, Pennsylvania SPCA, Philadelphia Animal Welfare Society (PAWS), and Street Tails Animal Rescue. The dogs will be announced on May 1st, the beginning of National Scoop the Poop Week. Check out @DelawareEstuary on Facebook, Instagram, and Twitter, during the month of May to meet the contestants, vote, and learn more about the connection between dog waste and clean water. Be sure to vote for your favorite pup to be the next Philadelphia Water Department Spokesdog and always remember to Scoop the Poop! 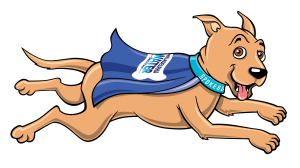 Unsure about the connection between scooping poop and clean water? Visit phillyh2o.info/dog-waste

Check out our previous pageants and winners on our flickr page.

be a champion for the delaware estuary!